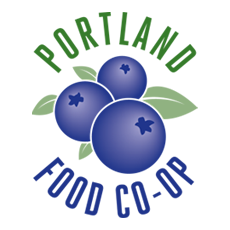 Nice article, below, with some strong numbers proving the potential of cooperatives to power Maine’s future food system!  It was a long, long road beginning with the 1st meeting in March of 2006!  Congratulations, Portland!

What a difference a year makes, especially in the life of a grocery cooperative.

Nearly a decade ago, the Portland Food Co-op was little more than a meeting topic among hopeful residents.

But the last year has been a doozy for the cooperative. Its retail grocery store at the base of Munjoy Hill has thrived, member-owners reported, and listeners could almost hear sighs of both relief and gratitude.

Last Thursday, on the one-year anniversary of the opening of the cooperative’s retail store at 290 Congress St., Crane and others celebrated.

Community members have purchased more than $1 million worth of goods and foods grown and produced in Maine, Crane said. In less than a year, the cooperative has more than doubled the number of local farmers and producers involved and gained more than 1,000 additional member-owners, he noted.

The secret to a cooperative’s success is commitment, Crane said.

“It’s really about bringing the people together, it’s that common vision and deciding you want to do it. … It’s the will because there’s no guiding force behind this outside of the people who make up the co-op deciding they want to put in the time and energy,” Crane said.

Three years ago, Crane joined a buying club operating out of a little warehouse, with 400 members.

“We sat around with a space heater under the table thinking, ‘Wouldn’t it be great if we had a retail store in Portland?’ And two years ago, we announced we were going to do it, last year we opened it. And to me one of the things that makes me the proudest of this venture is this community market really came from the community,” Crane said.

Today, 27 employees work at the co-op, and the business logged more than $3 million in sales this year and invested more than $2 million in Maine’s economy, organizers said.

Katia Holmes, who runs Misty Brook Farm in Albion with her husband, Brendan, recalled selling a little bit of milk at the cooperative in its early days of tentative retail sales. Since then, the organic farm has sold more than 5,000 pounds of vegetables, 1,500 gallons of milk, 1,200 dozen eggs, 450 pounds of meat and 350 pounds of grains through the co-op.

“Over this first year, they have become our number one biggest customer in sales, and I believe that’s because of the diversity of products that they offer,” Katia Holmes said.

Brendan Holmes said the “micro economy” of Albion benefits as well, as the farm has been able to hire locally to meet this Portland-based demand.

Stacy Mitchell, co-director of the Institute for Local Self-Reliance, said the cooperative model is the most locally sourced and focused of any business setup.

As an example, Tortilleria Pachanga of Portland logged sales of 20,000 tortillas at the co-op, a success story for one of the member-owners.

The history of the cooperative reaches back nearly 10 years, into a past when the success of such a venture was anything but certain.

A history posted on the cooperative’s website explained, “The momentum for the Portland Food Co-op started in the spring of 2006, in response to the closure of a locally owned natural food grocery store in Portland. In 2006-2007, community leaders organized several community meetings to create a shared vision for access to local food in greater Portland.”

From 2008-2012, the focus on pre-order operations supported growth to over $200,000 in annual sales, the cooperative reported, with 150 member-owners filling monthly work shifts. Yet an organizing effort to start a retail storefront food co-op slowed for several years, until 2012, when leaders revisited the development of a retail space, according to the history.

The Portland Food Co-op announced in January of 2014 that it had signed the lease on the space for its planned storefront location, the former space of Labor Ready, and the store opened in the fall of that year.